Hijab: 'Am A Muslim, The Agitation Of My People Is Injustice, Muslim Man Declared - Completeinfo
Skip to content

Hijab: ‘Am A Muslim, The Agitation Of My People Is Injustice, Muslim Man Declared

A Muslim man by the name Abdulrafiu Abiona has declared the agitation for the use of hijab in Christian Mission schools as an injustice and threat to religious harmony that has been in existence for long in the state.

Abdulrafiu said even though it’s the right of the Muslim female students to wear hijab according to the tenet of Islam, that right does not mandate them to attend schools that do not permit or believe in such doctrine. The same right that Muslim Female students have is the same right that the Christian school proprietors also have to determine the dress code of their schools.

The fact that the Christian Mission Schools were established by different Churches can’t be overruled, for anyone, government, or religious body to now rise and fight for the use of hijab in such schools is the highest level of injustice and the beginning of religious acrimony. 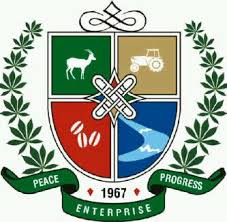 According to him “I do not subscribe to the agitation of my Muslim brethren on the use of Hijab in Christian schools, as a Muslim we can’t tolerate such and we should not expect others to tolerate it. Can any Christian female students go to AlHikmah University and be claiming that she can’t use Hijab because she is a Christian? Can any Muslim lady goes to Redeemer’s University and be claiming she can’t attend chapel because she is a Muslim? All these are simple truths that do not demand divination to determine”

He said the funniest thing about the scenario is the names of those schools which suggests their background and purpose. Baptist, Anglican, St. John, ECWA, Methodist, etc, how do you expect schools with such names to permit the use of Hijab which everyone knows is Islamic?

He, therefore, urge all the Muslim youths and leaders to allow peace to reign in the state, as no development can thrive where religious Acrimonies are the order of the day. He also urges the state government to allow justice to reign by settling the matter once and for all.